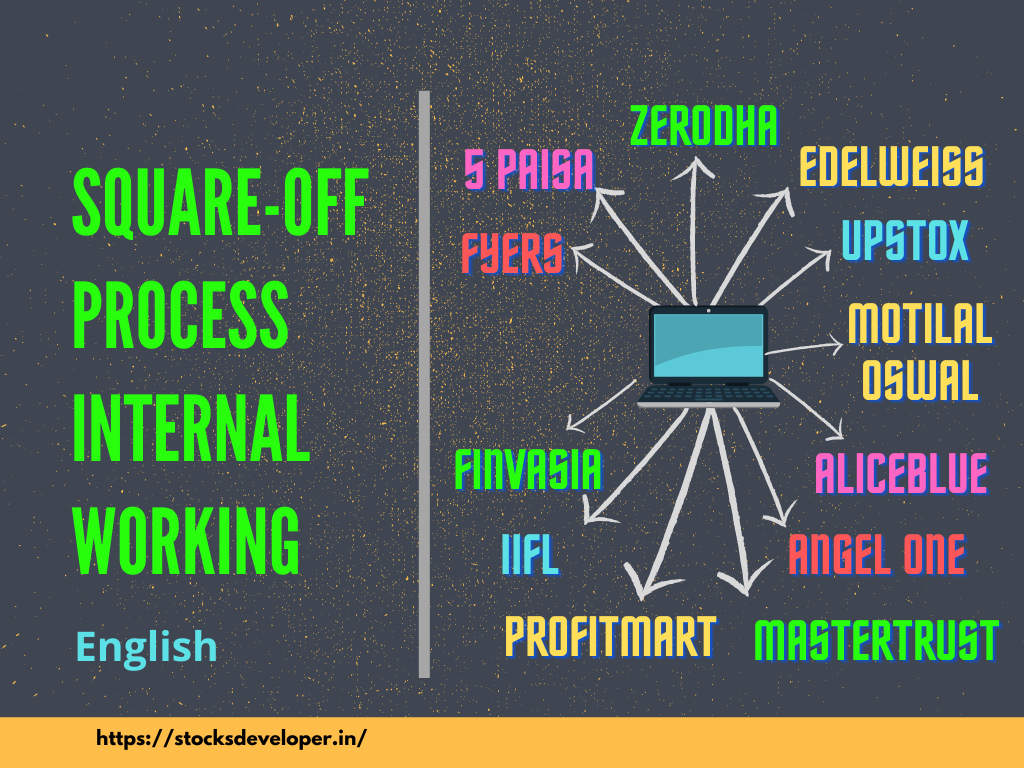 In this post, we will understand how the square-off process of AutoTrader Web works. It is extremely important to understand this, so that you are prepared to make the correct decision if something goes wrong.

Square-off process is intelligently designed to safeguard users from building a reverse position, when user requests/clicks square-off multiple times “by mistake”. Please read the process explanation given below to know more.

Square-off process is fairly complex, we have simplified it here so that it is easy to understand.

Locking to safeguard from parallel requests

Our system provides built in safety in such scenarios by locking the position before proceeding with the square-off. So in such cases only one request will be allowed to proceed & others will be rejected.

Imagine you sent a request to square-off a position. Our system placed a reverse order to square-off the position. But the broker’s server is having slowness. This slowness means order is taking longer than normal to execute. You as a user or your automated trading system sees that the position is still open even after sending a square-off request. You or your automated trading system decides to square-off again. Now this will result in multiple square-off requests & another reverse order will be placed. And the consequences would most likely be you would end with a reverse position.

Our system helps to safeguard you against such issues. The system waits for up to a minute & keeps checking the status of the reverse order placed during square-off. It will not accept any new square-off request for the same position. If for some reason, the position remains open. The system will mark it as a failure & this position will never be accepted for square-off again.

To safeguard our users, our system marks the position as a failure in square-off & notifies the user. This is because in most of such cases, a manual user intervention is required. The system will not accept that position for square-off again.

How to handle failures?

If there is a failure, then you must manually square off the position. A manual square-off can be done as follows:

In the worst case scenario, you can login to your trading platform and do a manual square-off.

Failures are rare & whenever they happen; there is something that did not work as expected. A user must find the cause and take necessary actions. Our systems are completely transparent & they provide you insights to help you investigate any issues.

Use activity logs & figure out what went wrong.

Note: Once a sq. off fails for a position, then (to safeguard the user) it is designed to error for the given position on multiple attempts of sq. off. In such cases, a user must investigate the activity logs to determine the failure cause. He should check logs of the “VERY FIRST SQ. OFF REQUEST”.

I have around 15 years of experience developing Financial Software. I took a break from my career to start my own algorithmic trading setup. This new journey started well and along with my own proprietary trading systems, I also started building automation systems for retail traders, fund managers and HNIs. I was employed with firms like Morgan Stanley, HSBC & SunGard. I work on various technologies, but my strengths are building server side cloud based algorithmic trading systems built primarily using Java programming language. Apart from all of this, I am a big fan of Formula 1 racing :-)